Washington State Has a New Temp Worker Law - How Do California Laws Compare? 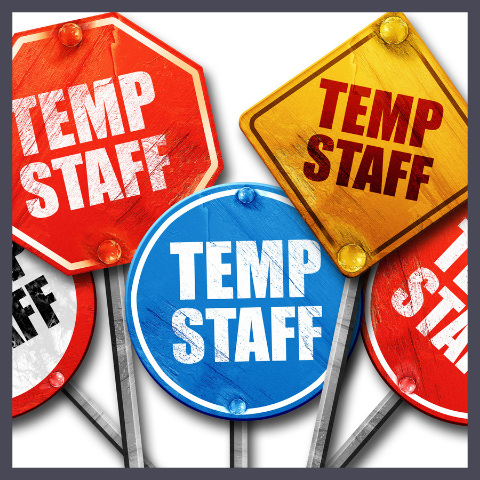 Washington state just became the third state in the nation to pass protective laws for temporary workers with their new Protecting Temporary Workers Law. This law seeks to place a barrier to temporary worker schemes which provide cost cutting incentives for companies to use temporary agencies. Studies have long shown that temp workers in higher-hazard industries are two times as likely to be injured as their directly hired counterparts.

These schemes are well known for the profits they reap for employers at the expense of workers. Two policy briefs by researchers from the University of California Riverside’s Labor Studies program and the School of Public Policy’s Center for Sustainable Suburban Development found that warehousing jobs in the region are often filled through temporary staffing agencies that pay workers low wages while offering them no health insurance. At the time of the reports, workers in the Ontario region earned a dismal average of $10.05 per hour. To date, the minimum wage in Ontario is $14.00, trailing a dollar behind the state minimum wage.

How does California compare with Washington state’s new law? To answer this question, we need to look at the current state of laws about temporary workers in California first. California passed our own historic law on September 28, 2014, when then Gov. Jerry Brown signed AB 1897 into law. This law made California a leader in having some of the country's farthest-reaching protections for temporary workers. That law came in the wake of growing awareness about the status of temp workers as the fastest growing and most vulnerable segment of the workforce.

It was also buttressed by ProPublica’s damning series which highlighted rampant wage theft and unsafe working conditions in worksites that employ temp workers. AB 1897 addressed a loophole in which complaining workers found their issues ping-ponged between the temp agency that hired them and the companies that contracted with the temp agencies. AB 1897 was designed to protect “perma-temps,” which include low-wage hotel housekeepers, factory workers, farm laborers, janitors, and warehouse workers who too often find themselves toiling for years at the same company but not benefiting from the status of full-time direct hire employees of the company that “out-sourced” their labor through the temp agency.

Most horrifying was ProPublica’s revelation of cases of untrained temp workers who have been seriously injured or killed in the workplace. In fact, in California, temp workers are 50% more likely to get injured on the job than their company-employed counterparts.

What this means in a nutshell is that when a temp worker gets injured on the job in California:

In comparison, the new Washington law has legislative language novel to California which definitively ends the ping pong game between temp agencies and worksite employers by making them both responsible for hazard analysis, training, documentation, and communication between temp agencies and worksite employers. The law, which focuses on the construction and manufacturing industries, prioritizes worker knowledge about the hazards of their job.

Provisions include the following language which requires that staffing agencies be proactive about worker health and safety. Specifically, “before the assignment of an employee to a worksite employer,” staffing agencies must:

Other provisions include providing tailored training about the particular hazards the employee will encounter and informing the staffing agency of any changes in job tasks, work locations, or new hazards.

The new law, SHB 1206, which takes effect July 25, 2021, was enacted after a request by Washington State’s Department of Labor and Industries (L&I). It is a stunning example of worker protective language and is an example of diligent and passionate work by Mike Foley, lead researcher at L&I’s Safety and Health Assessment and Research for Prevention (SHARP) Program and Dave DeSario and the team at Temp Worker Justice. Foley has been doing groundbreaking research on temp worker injuries for about 2 decades. The legislation was supported by NELP and the Washington State Labor Council, AFL-CIO.

"Outside of Washington state, this law provides a blueprint for advancing temp worker safety. The provisions are based on detailed research and interviews with hundreds of temp injured workers, and directly addresses areas of greatest concern. It will prevent hundreds of injuries AND drive out low-road temp agencies undercutting safe jobs," says Dave DeSario of Temp Worker Justice.

California!  We gotta catch up!