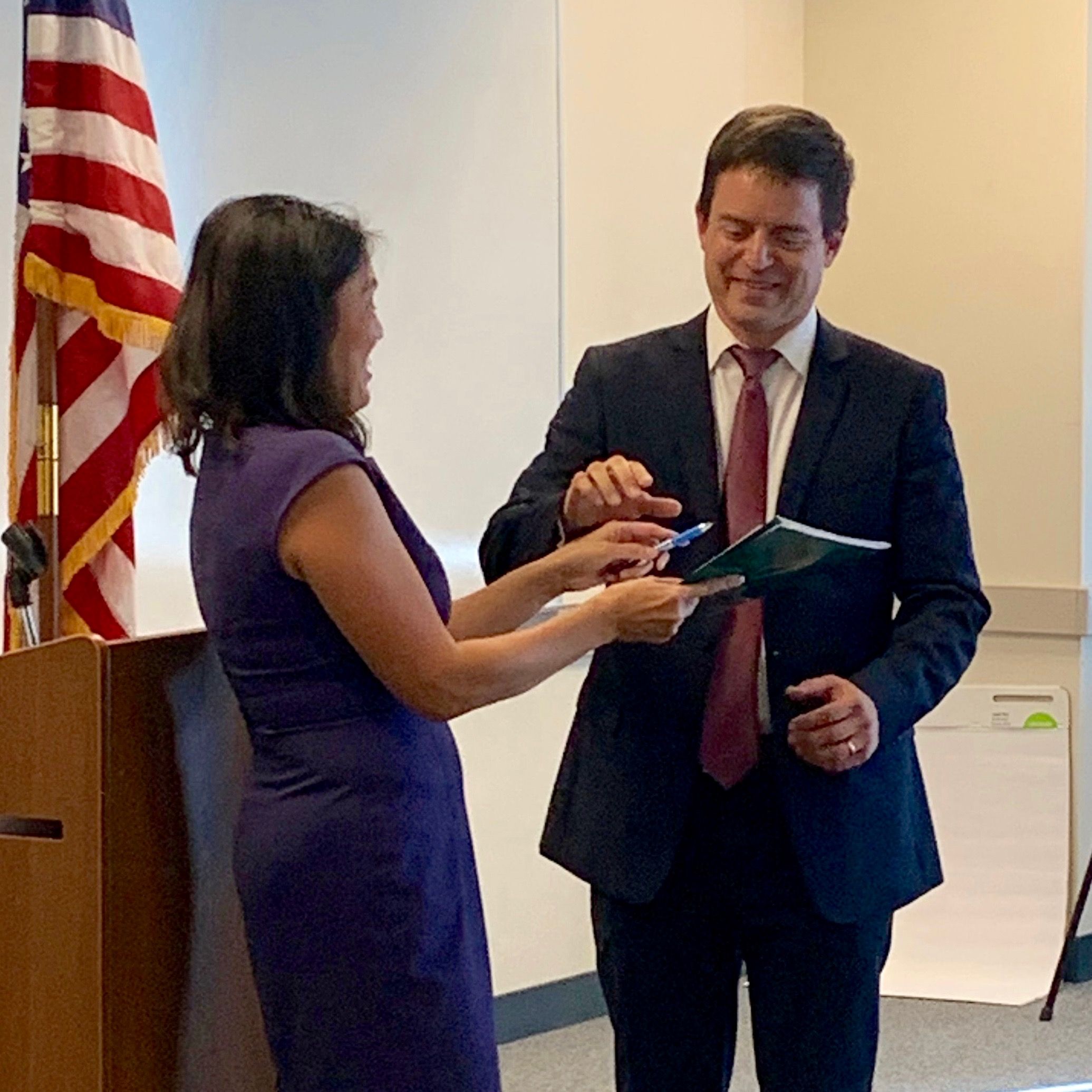 On September 18th, former Worksafe Executive Director Doug Parker was sworn-in as the new Chief of Cal/OSHA. Labor Secretary Julie Su presided over the event, which drew dozens of state employees and members of the broader occupational health and safety community.

Chief Parker's appointment comes at a critical juncture for Cal/OSHA and the Department of Industrial Relations more generally. Challenges abound, and months of leadership vacancies haven't helped. Secretary Su reviewed some of these challenges in her opening remarks – noting, for example, the need to respond to emerging worker health and safety threats brought about by climate change.

“What we do is more important than ever," Su told the room. "I believe we’ve found the right leader for this critical moment in DOSH’s history [...] this is the leader I believe you deserve.”